When I was living in Zimbabwe I wanted to make a peregrine bronze sculpture, so I asked around the falconers, and found Arthur who flew a peregrine. Arthur and I became good friends and we often went out at dusk, with the hooded peregrine, 2 setters and beers! The bird was put up and the dogs were sent to quarter the ground for snipe.

When the dogs got the scent one would point and the second dog backs him.

Arthur Calls the peregrine, a spec in the sky, when he is in the right place the dogs are sent in to flush the snipe, the peregrine stoops, wings folded back feet out to strike the flying snipe, an amazing sight.

The peregrine has his meat and we have beers!

Please click on boxes for more information on each bronze sculpture.

For any enquiries and sales please contact Jan Sweeney either by email or by telephone. 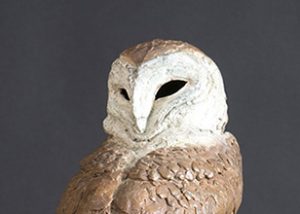 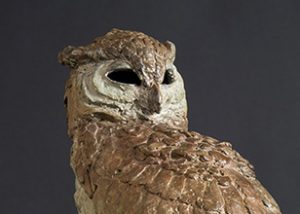 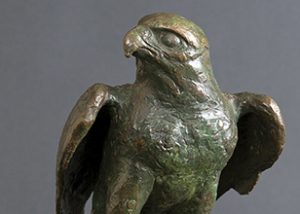 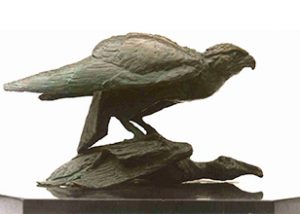 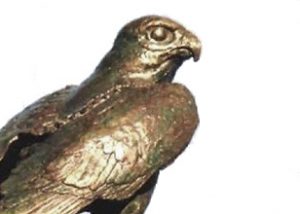 Back to Galleries
Go to Top